MasterRecs is a new, highly innovative music content provider specializing in Original Masters, Re-recorded Masters (by the original artists), Hot Indie Masters, New Versions of Hit Songs and Production Music Libraries from some of the best composers in the world… plus more.

Nowhere else can a music supervisor, editor or director, gain easy access to such a wide variety of masters, from classics to cutting edge, for any project – regardless of budget.

Founders, Dennis Lambert, Eddie Lambert, Ken Barken and Leigh Robbins, are all highly successful music industry veterans who bring a broad spectrum of knowledge and talent to the table (review bios below). MasterRecs has already created a buzz as a new “go to music source” for Film, TV, Advertising, Trailers, Promos, Video Games, Radio Station Packages and all other “music dependent” media.

Take a few minutes… tour the site and discover why MasterRecs just might be right for your next project. 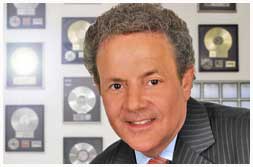 Dennis is a renowned songwriter, music producer and executive. with over 600 songs written to date, as well as a two-time nominee to the Songwriters Hall Of Fame, 2011 and 2013.

Being recognized with 12 Grammy Award nominations, some of his best known work includes “Ain’t No Woman (Like The One I’ve Got)”, “We Built This City”, “Nightshift”, ‘PinkCadillac”, “Rhinestone Cowboy”, “One Tin Soldier”, “Don’t Pull Your Love”, “Baby Come Back” and “It Only Takes A Minute”. 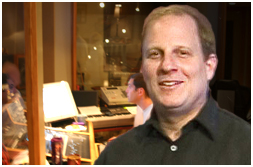 Ken Barken is an Emmy-winning composer, songwriter, producer and musician. With songs and compositions in films like “The Mask” (with Jim Carrey), “Naked In New York” (Martin Scorsese) and landmark TV shows such as Guiding Light, Another World, As The World Turns, General Hospital, Santa Barbara, Passions, and many more.

He has been writing, producing and performing on music soundtracks for over 25 years. Ken has also written and produced for countless artists and labels, including, Curb Records, RCA, Atlantic, EMI/Manhattan, Earth, Wind & Fire, Richard Elliot, Patty Cabrera and Mary Griffin. 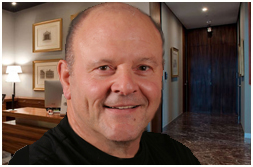 Eddie is a seasoned music-licensing executive. He was enlisted to start and develop a music licensing division for the EMI-Capitol Record Group in 1989. Over the next 12 years, he oversaw a department responsible for the marketing and licensing of all recordings for film, television, commercials, soundtrack albums, games, and other new outlets.

Eddie’s music publishing experience is vast. When coupled with his years in executive A&R positions, Ed has developed a full understanding for both sides of the business. Through the years he has lent his talents to many industry giants such as 20th Century Fox Music, Motown Records, Interworld Music Group, ABC Dunhill Music, and Haven Records. In 2000, Ed joined a San Francisco based Internet start-up company, Smashcast, Inc., as Chief Music Officer.

For the last decade, he has owned and operated Rilex Entertainment, a multi- faceted consulting business focusing on music placement and licensing for all media. Among his many clients were Deston Songs (Desmond Child), Carol Bayer Sager, independent label Turn Up The Music, Riptide Music, Indie Extreme, and Gibson Instruments. Eddie has also been an active participant in the Recording Academy (NARAS). He has held numerous positions such as Vice-Chairman of the Board of Trustees (twice) and was 2- time Los Angeles Chapter President. He was also a long-standing member of the Television Committee (20 years). 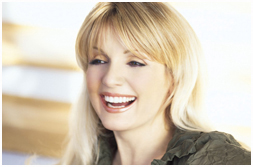 Leigh is a dynamic singer-songwriter, performer with songs in films like “The Mask” (with Jim Carrey), “Naked In New York” (Martin Scorsese), “Off And Running” (with Cyndi Lauper and David Keith) and TV shows like Guiding Light, Another World, As The World Turns, General Hospital. Leigh co-owns Thirteen Degrees Studio in Franklin, TN and Jack Attack Tracks Music Library, writing and performing much of the material for the production library.

Leigh is also an active animal rights advocate, raising money and awareness for shelters and rescues by organizing and performing at benefit events.